The Many Wonders of the Brain: A Book Review of Sorts 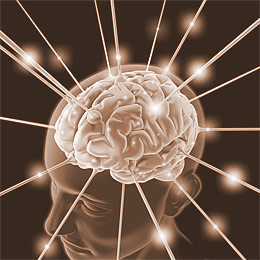 Someone contacted me recently asking for help with a family member who had been suffering extreme depression during the past six months. She explained that this woman had seen a number of therapists, had been hospitalized after trying to commit suicide, and was presently living with round-the-clock supervision, since she was unable to adequately take care of daily tasks. The woman who contacted me lives in another state, and she heard my work from another person (a "six degrees of separation" type of thing!). She said she was willing to try anything, but she was skeptical that Rapid Resolution Therapy would help. This is common for most people, so I didn't think much of it. But what struck me most was how "in the dark" people are about mental health.

Having recently finished Norman Doidges's The Brain that Changes Itself, I see that there is no longer any question of the brain's adaptation to experience, both rewarding and challenging. Study upon study, as demonstrated in the chapters of the book, show very clearly how the brain rewires and adapts to the experiences the individual encounters. From retraining the brain to acquiring movement after a stroke to reorganizing the brain so that blind people learn to see and autistic children can learn to speak and interact*, the book is, without a doubt, required reading for anyone interested in the mind. I particularly liked the part about how imagining lifting weights strengthens the muscles of the arms almost as much as actually lifting the weights!

RRT works precisely because of its ability to reorganize the mind. As repeated over and over again in neuroplasticity lingo, "neurons that fire together, wire together." By looking at things in a different way, we automatically draw our minds toward that and, in doing so, automatically rewire our brains. An alcoholic thinks about the joys of alcohol all the time, so his/her brain is wired in that way. Reorganizing the mind to no longer focus on alcohol, for instance, we are rewiring the brain. A corollary to the above statement is that "neurons that fire apart wire apart." So when we get the client's brain to no longer find alcohol appealing, we are changing the map of the brain and changing how the neurons interact with each other.

The book is readable, interesting and highly entertaining. Whatever opinions I may have of it don't nearly do justice to the actual studies that are cited or to the conclusions that are drawn. My only disappointment is that nowhere does the author refer to Jon Connelly or to Rapid Resolution Therapy. I'll have to email him about that...

*I worked with a young man with Aspergers, which is thought of as a high-functioning autism. He was brilliant (on his way to a prestigious law school) but lacked even the most basic of social skills. I saw him twice. His mother called two weeks later to thank me for the wonderful change she saw in her son. Whereas he rarely spoke to anyone, he was now flirting with a waitress at a restaurant; whereas he hated talking on the phone with his critical and impatient grandmother, he was recently chatting with her about his life and inquiring about his aunts and uncles and cousins. His mind and brain were now working in a useful way!

Susan Wolfson, LCSW, is a Certified Practitioner in Rapid Resolution Therapy who maintains a successful practice in Bradenton, Florida. You can reach her through her website at http://www.susanwolfson.com or follow her blog at http://clarities.blogspot.com/.
Posted by Dr. Jon Connelly at 12:00 PM