My Client Can Now Talk About The Trauma Without Anger..."It’s Just Data."

“I had a 60 yr. old male, referred by his EAP. He's a teacher of High School social studies. In July of this year, his son returned from Iraq and moved in with him till he found work, place to live. His son was in the Navy, working with the Marines with a search and seizure team, highly trained in weaponry, hand to hand combat, invasion of buildings & taking captives, and also intelligence gathering by physical means - one "bad" dude.

On July 3, 2011, he and his father were talking about the son's experiences. Dad went out to the driveway to have a smoke and next thing he knew he was cold-cocked by the stock of an attack rifle along back of his head. Son didn't stop there, as he continued to strike him, all over his boy and finally got him in some kind of special choke hold which almost killed him. He was covered in blood and unconscious. 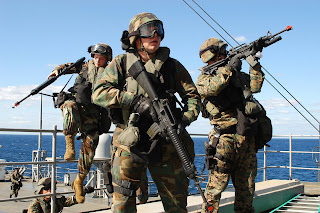 He of course lived and son was arrested (he is now out of jail and attending college - was given a break due to his PTSD). Dad, my client, since then suffered with permanently damaged vocal chords, has had headaches daily, suffered from insomnia, anxiety, flashbacks, anger, resentment, social isolation and sadness/depression.

After the second session with RRT this guy is sleeping better, can talk about the trauma without feeling afraid or resentful and now the trauma is just "data." He had spent Christmas Day with his son and was able to converse without anger or sadness.

This guy is amazed. So am I.

His son is in treatment somewhere else and "is improving" but has taken since July or August with a more traditional therapist. My client also has had headaches, which we are addressing now. It won't surprise me if he comes back next Monday and tells me his headache pain is gone.

Jon, I want you to know how many lives you have touched by training us in RRT. My client had the worst case of PTSD I have ever seen, and now his diagnosis is PTSD in remission. Awesome.”