RRT Level I Training: “What? No note taking?! Is this guy SERIOUS?”

“The training was enlightening, and nothing that I could have imagined. At first, I was very uncomfortable and out of my element…

“What? No note taking?! Is this guy SERIOUS? How am I supposed to learn?!”

At the end of the first day, I went to bed thinking that all of this great information had rushed into my head during the day and just as quickly rushed back out as soon as I stepped out of the conference room door. The next morning, we ran through an exercise in our small groups, and I was amazed to find that I remembered a few things. Not only that, but my first attempt ever at “inducing” someone was successful…the trance worked, in the end she had more peace about the situation, and the baseline visual had changed. “This stuff works?!”

Mid-way through the second day, I was finally getting it. I was absorbing it. I had it down. And THEN Dr. Connelly introduced a whole new element… working with sexual trauma. Bleh. I left feeling the same way I felt at the end of the first day.

But that night while I was going to sleep, I had a revelation: he had been giving us little hypnotic suggestions the whole time and that’s how we were supposed to learn! That’s why it was important for us to attend to him and not be glued to note taking. And it was working, because the language was repeating itself over and over in my mind like a record that night.

On the third day, working with sexual trauma became a little more cemented. Leaving the three-day training, I feel like I have the basic scripts down, but needed a lot of practice with the story-telling, which is something that Dr. Connelly is so good at. I have not had a chance to practice the scripts professionally yet, as Dr. Connelly suggested not implementing this with patients who are already being seen. On a personal level, of course I gained insight along the way, and gained my own peace about some things.

I am excited about the Level II training, as I have many patients who struggle with anxiety/panic/phobia.

This training was so different from anything I have ever experienced, and I am looking forward to the journey!” 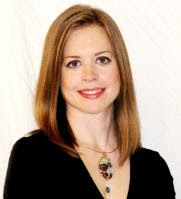