In 1865 Lewis Carroll wrote about a little girl, Alice, who follows a white 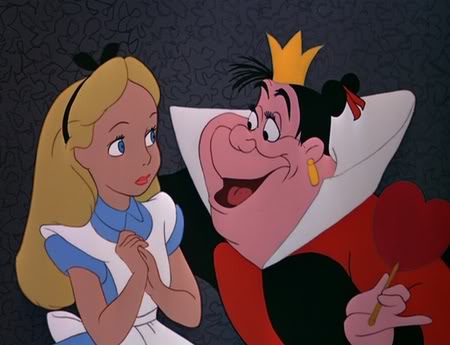 rabbit down a hole and enters a whole other world where a host of strange characters regularly turn logic on its head. She winds her way among them intermittently struggling with her own size and identity. Eventually she runs into the Queen of Hearts, whose vengeful demeanor and favorite saying, "Off with their heads!" has everyone intimidated. In the finale, Alice faces the Queenʼs wrath and calls her and her minions out as just a pack of playing cards. As they rush her, she awakens to find not playing cards but leaves all over her face, and safe back in her own world with her sister just in time for tea.

Overwriting is a term RRT Master Practitioner Melinda Paige coined for the powerful clean up that is done in Rapid Resolution Therapy relative to participants' destructive meanings. Some of us might say, "Oh, thatʼs just reframing," but I think what we're onto may be something more. Lets take a brief look at the way overwriting is used in our work.

Overwriting is typically used after a powerful connection has built up. In looking over many transcripts, I find Jon reserves most of the best overwrites for the end of the process, sometimes following ghost busting, sometimes intermingled with it. In other words, overwriting understands our work is not done until dysfunctional meanings are cleared. It assumes a substantial amount of collaboration and momentum toward target is already underway. This is set up by the first stages of the method, which open up access to the participant's inner mind, as we talk to it in ways it understands. We can understand why connection must build first, as we would only incur defensiveness or disagreement if we swung the wrecking ball right at the outset.

Reframing, as it is conventionally used, might leave the participant still thinking it over or debating an alternative view in their mind as they leave. In RRT we invite the participant to not only look with us through another lens but if we are artful, to also step through the lens. We ask them to experience themselves differently as they see how life events haven't negatively defined them after all and in fact could be construed in a very different way. Overwriting seems like a much more powerful form of reframing as we combine it with the participatory aspects of connection. It's the difference between stopping a movie at several points in the theater to discuss it with the audience versus sitting beside the participant in the theater while the whole movie runs. It's a movie so compelling and totally involving that we both forget about the popcorn on our lap.

Some examples come readily to mind. Changing internal geography and identity is a huge overwrite, as we lead her through to the realization that the core of her was never touched by the abuse. This is so powerful as survivors often feel soiled or tainted by abuse. There are many overwrites in our lexicon relative to shame.

One of my favorites is the girl and her father: 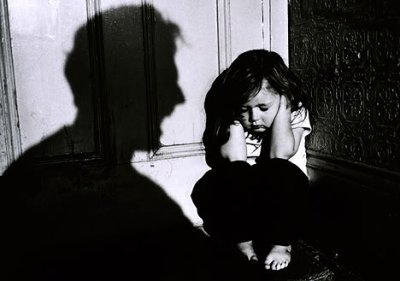 "Get it outside of you for just a moment. A woman told me her father once kicked her across her room and left her locked in her closet all day. She said that was the moment she knew she was worthless. I said, I don't get that. If you and I saw a grown man beating up a kid out in the parking lot, and I asked you why these things are happening, your first answer wouldn't be, "Well isn't it obvious, the kid is worthless?" It wouldn't, would it? Maybe you'd say, boy, we just learned something about that guy. But we wouldnʼt have learned anything about the little kidʼs worth, would we?"

This overwrite, which also uses dissociating the story, usually has massive beneficial impact, as deeper mind gets how shameful behavior was located in the perpetrator from beginning to end and never got in even skin deep to the survivor. It is then free to just sluff off.


We all know the overwrite of science over moralism. It starts with the story of the tree branch that is down and casts the participant as teacher to a younger person, teaching a scientific view of causality versus preference, moralism, or blame. The younger person in the story is our participant who is still trapped in those viewpoints. It ends with the participant getting how gratitude replaces pride but also things like guilt, regret, resentment, and blame. They get it through and through that they did past events in the only way they could have at the time and things couldnʼt have possibly transpired in any other way. Moreover, those events are no longer in existence. The much better course is to be present, tuned up, and causative in the here and now.

A final example is often found on the tail end of clearing abuse when we clear stories of parental neglect. Iʼve always liked how Jon will frame the parentʼs inaction or hurtful responses as neurologically disconnected at the time. It isnʼt that mom got up one morning and thought through the best way to screw her daughter up for the next 30 years. She just couldnʼt connect the dots at the time the participant-child came to her with the bad news of molestation.

Jon paints an accurate picture of the severe click-off that denial does in the mind when confronted with overwhelming bad news. "Itʼs like you tell this guy, ʻYour house is on fire,ʼ and he says, ʻThatʼs a very valuable house, Iʼm choosing not to believe you." The parentʼs mind literally couldnʼt take it in, therefore they couldnʼt connect the dots and couldnʼt have taken effective action. This often enables massive relief and a sense of peace for participants. Similarly, in other transcripts, physical beatings, suicides, rages while on drugs, all manner of out of control behavior is pictured as a neurological storm, chemicals running around in a badly disconnected brain. This overwrites the long-carried notion that the behavior was personally directed at them or meant something about them.

Like Alice of old, we powerfully wake participants up from the walking nightmare that came from the meanings their mind attached at the time. We overwrite that story quite forcefully, but artfully, with proper timing. Listen and watch for when Jon starts a sentence, "Let me tell you what happened there..." You may just pick up something that will help your participant step back through the looking glass into a more positive world, into a more positively embodied existence.

Mark A. Chidley, LMHC, CAP, a fully licensed mental health counselor and certified addictions professional, offers counseling services at his office Kelly San Carlos Executive Center in Fort Myers, Florida.He has been in private practice since 1997. He holds certifications in Rapid Trauma Resolution (2010), Imago Relationship therapy (2001), and now specializes in the treatment of couples as well as individual trauma recovery and anxiety issues. He brings rich experience from a combined 26 years of hospital work and mental health counseling.