An Unexpected Result of Clearing Anxiety with Rapid Resolution Therapy 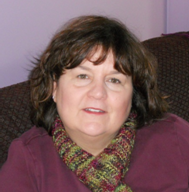 Because Rapid Resolution Therapy so quickly and thoroughly alleviates symptoms, several of my clients have had previously undiagnosed medical problems come to light. This has resulted from being able to rule out anxiety or panic as the cause of their symptoms. What follows is the experience of one of those clients.

"Well, I have asthma," the young woman seated across from me announced with a bit of a smile. I had seen Jennifer previously for panic attacks and anxiety, and we had successfully resolved her symptoms, going from daily attacks to no panic episodes in months and no longer experiencing anxiety symptoms.

"You do?" I responded, curious about her reason for announcing this to me.

Jennifer then declared to me, "So, I got a new doctor." She explained that she went to see her new primary care physician and told her in detail what had occurred. She informed her new physician that she had been experiencing panic and anxiety symptoms for over a year, had been treated with several medications with very limited results and had successfully resolved the symptoms with therapy, but that she was still having shortness of breath. She told me her new doctor listened to her carefully and then did an examination that included listening to her breathe with the stethoscope, a chest x-ray and a lung function test. The doctor then announced to her, "My dear, you have asthma." Jennifer said, in that moment, "it all made sense."

She knew why she was continuing to have the shortness of breath even after having resolved the anxiety. She said the breathing treatment her doctor gave her right then and there made a huge difference, and she breathed more easily than she had in weeks. She expressed how pleased she was to finally have her symptom diagnosed and treated effectively. Additionally, the diagnosis validated what she knew to be true; that is, that her anxiety was resolved and the shortness of breath was not a symptom of anxiety.

As noted in my introduction, this is one of several clients who have been able to clearly indicate to their physician that a physical symptom was not related to anxiety because their anxiety had been alleviated and was no longer a problem. In my more than 25 years of treating clients for panic and anxiety, no other therapy technique or medication has consistently yielded this level of symptom resolution and confidence in clients. I continue to be amazed and delighted with the results of Rapid Resolution Therapy.

Michele Gustafson, LMSW, DCSW, practices in Grand Blanc and Fenton, Michigan. She received her BA and MSW from the University of Michigan where she has taught Psychology and Social Work. You can visit her on her website at http://www.michelegustafson.com/, or you can reach her at info@michelegustafson.com.
Posted by Dr. Jon Connelly at 12:10 PM