I spoke at the Florida Association of Women Lawyers’ daylong seminar on human trafficking. I had prepared thoroughly for the talk, and I was honored to present on this all-too-common crime. Women and children, primarily, are trafficked every day into the United States from all over, for both labor and for sex. Actually, statistics indicate that 70 percent of trafficked women and children are forced into the sex trade—in prostitution, brothels, and sex slavery. People are trafficked into every town, every city, every state, every country, mostly from developing countries into developed countries, but not always. One 12-year-old girl from right here in Sarasota, FL, was taken to Mexico and forced into drugs and prostitution, until she was rescued three years later.

A question I heard over and over again at the seminar was, “How come I didn’t know about this?” The reason is because human trafficking is an underground business. The victims are hidden in plain sight, so to speak. They are told not to reveal their identity, not to speak of their living conditions or any other information that might give away their status as victims or the status of their perpetrators. All identifying information is taken from them, and the perpetrators tell them that either they or their families will be greatly harmed if they ever disclose their conditions.

What was also really interesting, I found, was how every facet of the trafficked individual’s being is affected as a result of human trafficking. The new diagnosis of Complex Trauma refers to the affects of interpersonal traumas, multiple traumas over a prolonged period of time. It refers to people in concentration camps, living in a war zone, in forced prostitution, human trafficking and ethnic cleansing, among other heinous conditions. The individual suffers emotionally, behaviorally, physiologically and perceptually, so it may be seen how it is a wrap-around condition.

Luckily, not all victims of human trafficking are scarred for life. Many do in fact go on to lead productive, even stellar, lives. Somaly Mam is one of them. She is a Cambodian woman who was sold into prostitution when she was 12-years old by a supposed “grandfather.” She was kept in deplorable conditions, beaten and raped daily, tortured and punished constantly. When she finally did escape, she decided to work to save others who were taken by kidnappers and human traffickers. She founded the Somaly Mam Foundation (www.somaly.org), which has homes/shelters all over the world for women who have escaped such torturous experiences.

For those women who do not fare as well, however, there is Rapid Resolution Therapy to create clarity and understanding. People like Somaly Mam can talk about their experiences as information about their past, without the emotional attachment. That is the end result of RRT, and by disappearing those disturbing emotions they end up with clarity and strength. 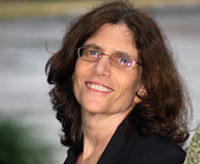