“Thank You Jon For All That I Have Experienced and Learned” 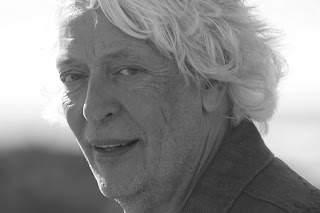 I am writing to thank you for all that I have experienced and learned during the Level I and Level II trainings over the past month or so. Prior to and during my training as a child clinical psychologist and pediatric neuropsychologist at the University of Minnesota, I studied human neuroscience. The metaphor you have created for the working mind is tremendously useful and extremely powerful – far more so than the prefix “neuro”, often sadly employed and exploited by others as an insidious marketing ploy. You have managed to remove the complex and complicated jargon and scientific terminology that often serves to distance students and instead provided a metaphor for brain function that is direct, specific, and readily graspable by both novice and expert.

I am also a war veteran. Perhaps more relevant, I became interested in psychology and behavioral neuroscience via a need to understand the impact of trauma and war, and have studied and worked with veterans of six wars over the past nearly 20 years. It was impossible not to be frustrated by the futility of therapies, particularly those described as “scientific” or “evidence based”, simply because people did not get better. There may have been some percentage of improvement in symptom reduction reported relative to research often questionable both in ecological validity and scientific rigor, but the people simply did not get better. Your method, your therapy is the first that I have seen that actually provides true relief for trauma survivors.

Beginning with an interest in war veterans and trauma, I became increasingly interested in victims of child maltreatment. One of the aspects of child victimization and exploitation that was most difficult was the deep-seated, hideous internal identity often carried by survivors of early trauma. None of the therapeutic methods appeared to work, including those involving abreactive methods. Whatever relief was produced seemed nearly always to be either short-lived or shallow. I must admit that, prior to your training, I never considered the elegance and beauty of simply replacing one mind-created image for another, in this case one of light and beauty for one of darkness and horror. It is as I briefly mentioned during the training, reminiscent of martial arts master Bruce Lee’s “The art of fighting without fighting.”

Although my practice is currently primarily based on evaluation and courtroom work rather than therapy, I hope to begin to provide RRT here in Gainesville together with the other practitioners with whom I work.

I have spoken with Sharon and Melinda regarding the possibility of working with them and with you on research and publication to extend the exposure of RRT. Although there are many peer-review journals that would not likely publish this work, there are others that indeed would, and they are serious and substantial in their contributions. I am excited about being able to contribute something, to try to begin to pay back my debt to you all. Also, if anything I have written seems quotable or useful, please feel free to use it in promotional material.

Warmest regards to Sharon, Melinda, and all the others who have been so helpful.